Rome Traditional Restaurants and Foods: Where and What to Eat

Every foodie worth their Himalayan rock salt knows that you haven’t really visited a place until you’ve sipped and savored its local cuisine. From cacio e pepe and baccala to the best-for-adventurers offal-based dishes like trippa a la romana, here’s our guide to the best Rome traditional restaurants to try Roman food. La cucina romana will bring you and your palate a little closer to an authentic local experience.

When in Rome, you should do as the Romans do and eat some of the traditional foods and typical dishes from the Roman kitchen. Here's a look at Rome traditional restaurants and foods to try on your visit. Knowing what local foods to order in restaurants can help you have a better dining experience.

This post is for anyone interested in eating and drinking well on a visit to Rome. If you want to avoid tourist restaurants and experience the food of Rome as locals do, use this guide as a resource for the best Rome traditional restaurants to eat as the Romans do! 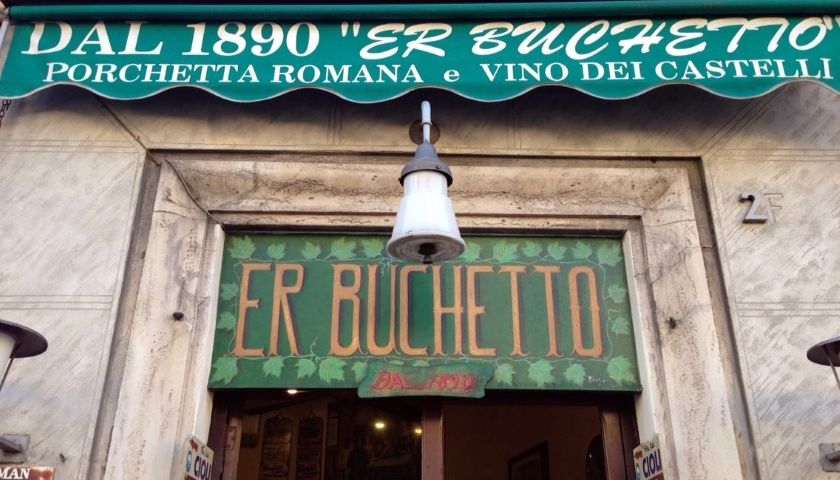 If a sandwich filled with herby, melt-in-your-mouth pork is up your alley, here’s your spot for lunch. Er Buchetto is known for its excellent porchetta, a slow roasted entire pig with all the bones removed, so it can be easily sliced when cooked. 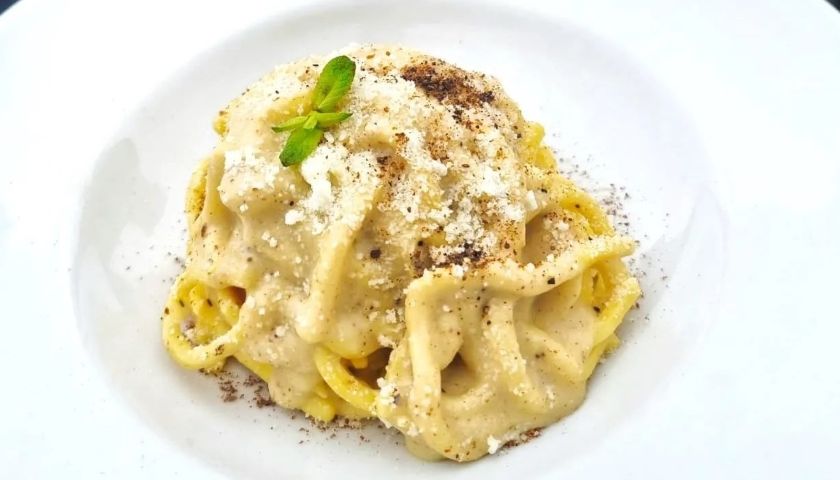 Devoted to the traditional cuisine the menu is very Roman with some drifts on regional Italian dishes. Come here to try Rome’s classic pastas, the amatriciana, cacio e pepe, and carbonara. The main courses are just as good: from veal breast alla fornara to lamb and meatballs. If the weather permits book a table in the courtyard or on the terrace. Located in Testaccio district, where you’ll find plenty of typical Roman fare, plus the market. 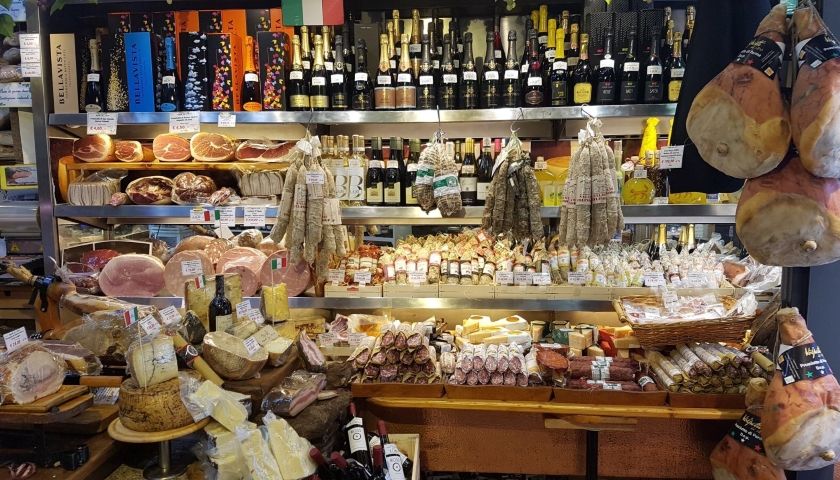 Volpetti sells some of the best cheeses and cured meats in Rome, as well as running a pretty spot-on tavola calda (buffet) next door. While it’s not the cheapest place in the world, the cry-tears-of happiness level of the food is worth every extra euro cent. 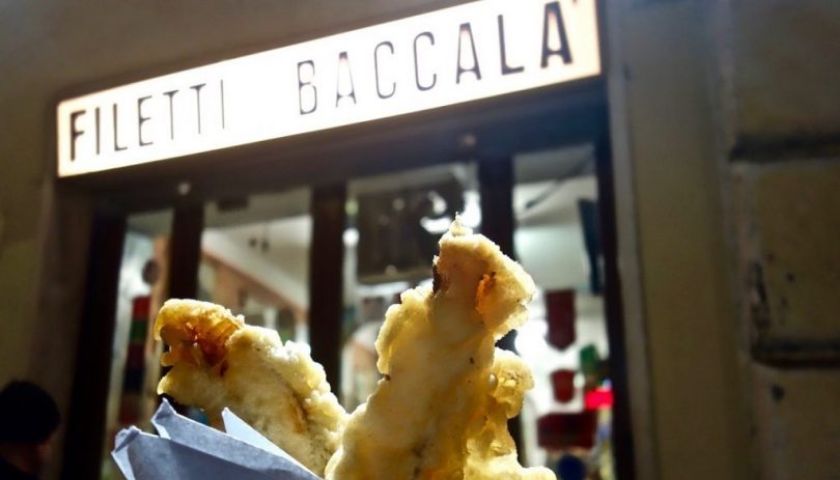 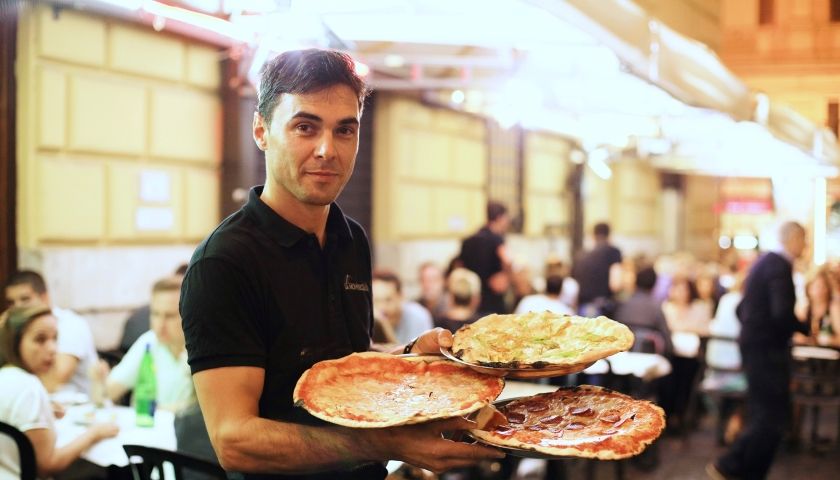 Carbonara, suppli al telefono (deep-fried rice balls with a melty mozzarella center), and authentic capricciosa pizza with a sunny side up egg smack in the middle are the delights of this institution. Show up, queue for a table and worship at the altar of casual Roman dining. 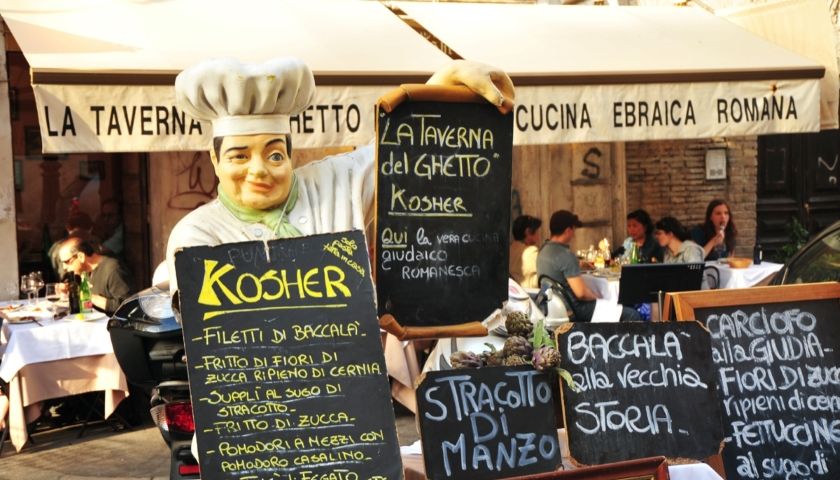 Roman Jewish food is practically its own delicious cuisine and a must-try on a culinary visit to the city. Try the pork-free carbonara with bresaola, carciofi alla giuda and many more dishes typical of the city’s historic Jewish population. 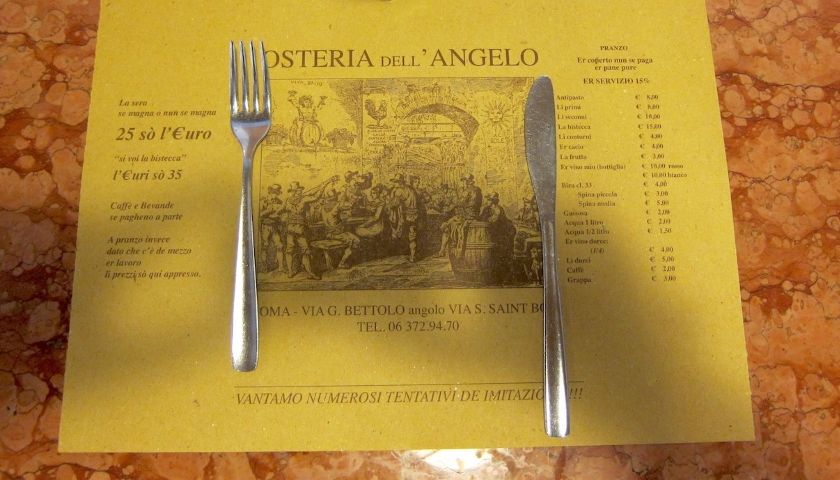 The ‘food of poor people’ is surprisingly good, especially when those poor people are Italian. What was born of necessity has endured because it’s delicious, and Osteria dell’Angelo in Prati serves up wonderful classics. Among the hearty, traditional Roman dishes on offer are pasta alla gricia with bacon and pecorino, as well as trippa alla romana. Service is informal and gruffly jovial. There are outdoor tables, when the weather allows; but whether you eat inside or out, it pays to book ahead, as this place is popular. 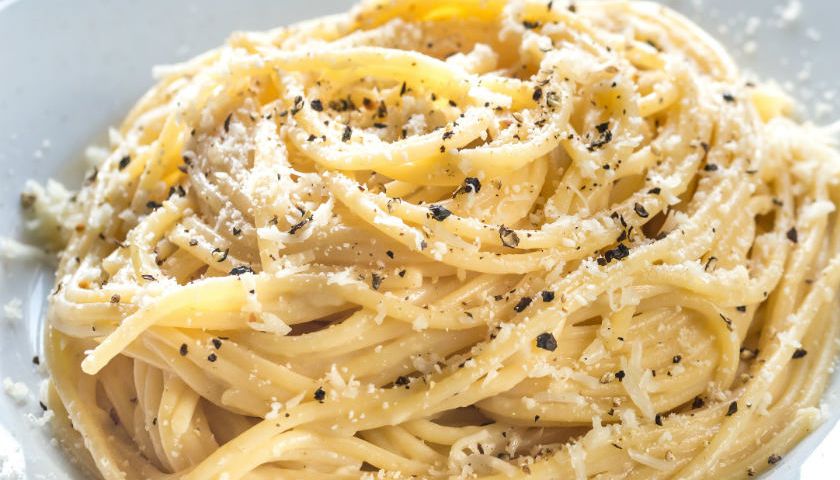 Since 1957, this family run trattoria not far from Piazza di Spagna is a convenient pit stop before or after a shopping spree on the boutique strip of Via Condotti. Service is old-style Roman (that is to say, self-assured but not obsequious) and efficient. The menu champions local traditions in dishes such as cacio e pepe ( spaghetti covered in cheese and black pepper), saltimbocca alla romana (thin veal slices with prosciutto and sage), and carciofi alla giudia (fried artichokes). The clientele and surprisingly extensive wine list are more upmarket than you would expect, given the checked tablecloths and down-home cooking. In summer, book early to secure one of the few outside tables. 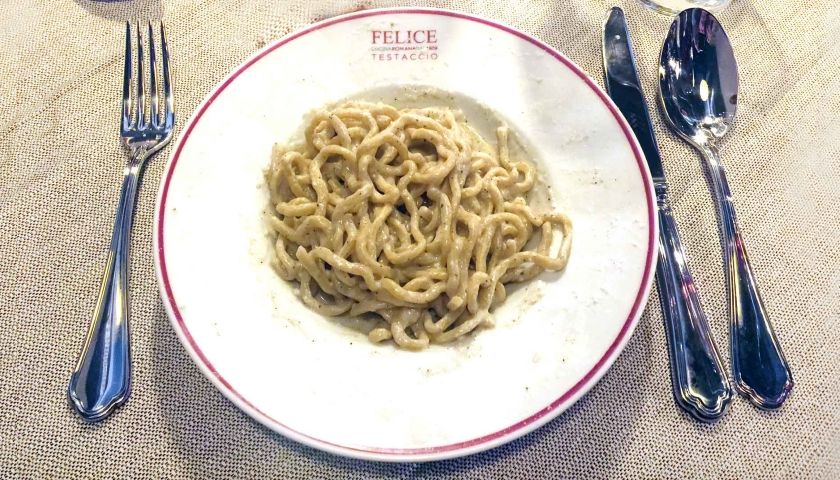 This traditional Roman restaurant in the down-home Testaccio district is known for its tonnarelli cacio e pepe (chunky spaghetti with crumbled sheep's-milk cheese and black pepper) and other traditional Roman dishes. The menu changes daily, so check for favorites like coda alla vaccinara (oxtail) and saltimbocca alla romana (veal with prosciutto and sage). The wine list is large and interesting, and though prices have risen (haven't they everywhere?), it's still a fair value for genuine cucina romana. 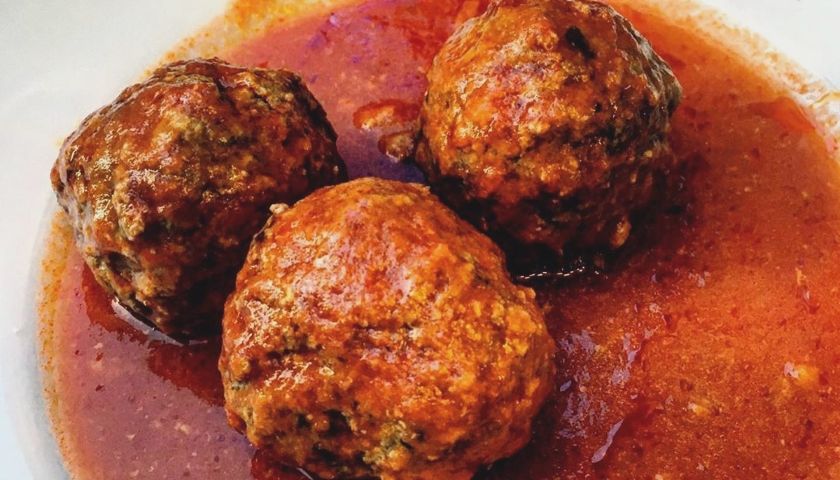 We love this tiny place in Trastevere, with its changing menu and simple dishes like polpette (meatballs) or pasta with fill-in-the-blank-deliciousness. This is also a good spot to try the so-called quinto quarto (the fifth fourth) the Roman name for its traditional offal dishes like tripe. 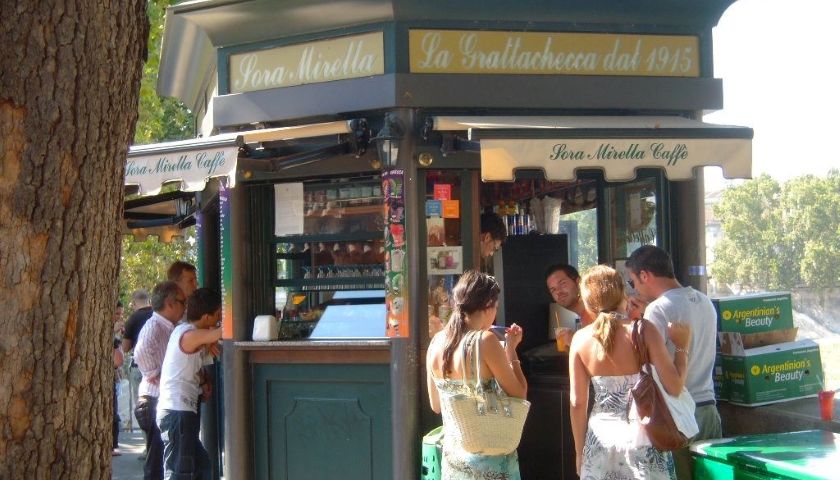 Grattachecca is a traditional Roman summer treat, sort of like an Italian Snow Cone. La checca is the Roman name for the giant block of ice that gets gradually shaved away to keep Romans cool in the sweltering summer months. There are many around the city, La Grattachecca mentioned here is near Tiber Island.

Planning a vacation in Rome, Italy?

One of the best ways to appreciate Italy's amazing cuisine is on a food tour. If you're planning a vacation in Rome Nancy Aiello Tours offers unique, fun and tasty cooking classes focused on traditional Roman cuisine. Our private classes take Italian food lovers into the kitchen of a local chef to learn some basics of Roman cooking and then indulge in a feast of your own creation.

Roman cuisine is essentially of working class origin and for the most part uses simple ingredients. Dishes have been enriched with the traditions of the people who have lived in Rome and its surroundings over the centuries.  Those known around the world are rigatoni alla pajata and coda alla vaccinara, which originated from the necessity of butchers to use everything.

Romans' favorite meats are poultry and goat and this tradition has lead to dishes such as the famous pollo coi peperoni (chicken with peppers), which is often made for the mid-August 'ferragosto' celebration. Other local dishes include abbacchio allo scottadito (lamb cooked on the bone and eaten with your hands) accompanied by puntarelle con acciughe (a type of chicory served with anchovies) or carciofi alla giudia ( artichokes the Jewish way).

The milk from 'agro romano,' the farming area near Rome makes very good cheese, best known as pecorino romano, which is famously eaten with fava beans. To complete the dining picture, there are wonderful desserts, for instance maritozzo con panna (bun with fresh whipped cream) or frappe (sweet wavers) and castagnole (glazed chestnuts), which are traditional during carnival.