The romance of Rome is a blog that can go two ways. One that discusses the legend that is the city and another that focuses on how romantic the city is. Rome is probably one of the fewest cities in the world that carries in its streets austere history and the tenderness of love at the same time.

Old Rome has myths older than many contemporary cities and it still blends seamlessly in with even the most modern ideas of love. That is probably why Rome has such an aura of romance about it. The city breathes every emotion loudly with angry statues, statues depicting all emotions, and none to subtly. But everywhere there is an almost palpable sense of love, of the architects for their beautiful buildings both new and ancient, of the artists for their creations that adorn every street corner of Rome, of the city dwellers for this beautiful city.

The legend of Rome

The history of this ancient city is well known, and luckily for visitors, not bound in books alone. It lives and breathes in the city as its oldest dweller.

The Baths of Diocletian

Just across the street from Roma Termini (Rome’s main train station) is the Baths of Diocletian, the largest, most extravagant of all ancient baths. So large was the bath that it could, simultaneously, fit three thousand bathers. Though much of the ancient structure is lost, it incorporates within it today the National Museum of Rome (in the main hall), the Basilica of Santa Maria degli Angeli e dei Martiri (in the tepidarium), and the church of San Bernardo alle Terme (in one of the two rotundas at the corner of the garden). The Baths of Diocletian was built by Emperor Diocletian who wanted them to be grander than the, almost a century older, Baths of Caracalla. The ruins that stand today give only a glimpse into the grandeur that existed during its time. 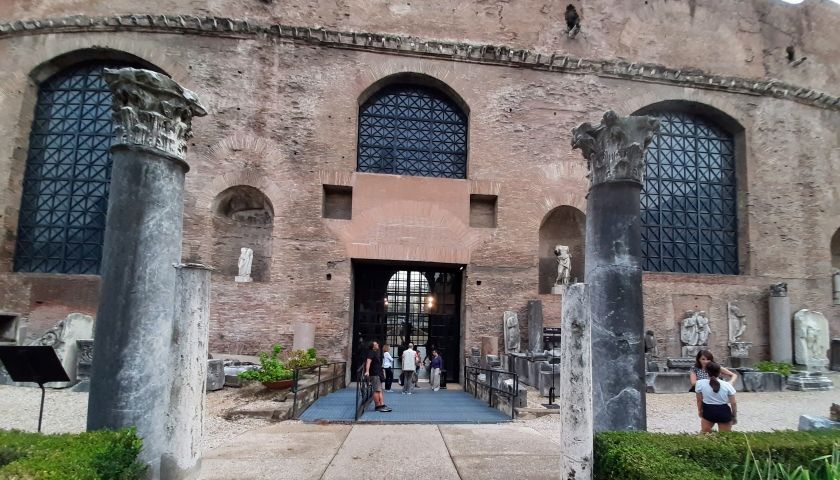 The Baths of Caracalla

Covering almost thirteen hectares, the Baths of Caracalla are a classic Roman public bath house that date back to the third century. Even today, as you walk up the street from the Bath you can almost hear the chariots that, legends say, the roman soldiers rode on their way to the Bath after watching a duel in the Colosseum. 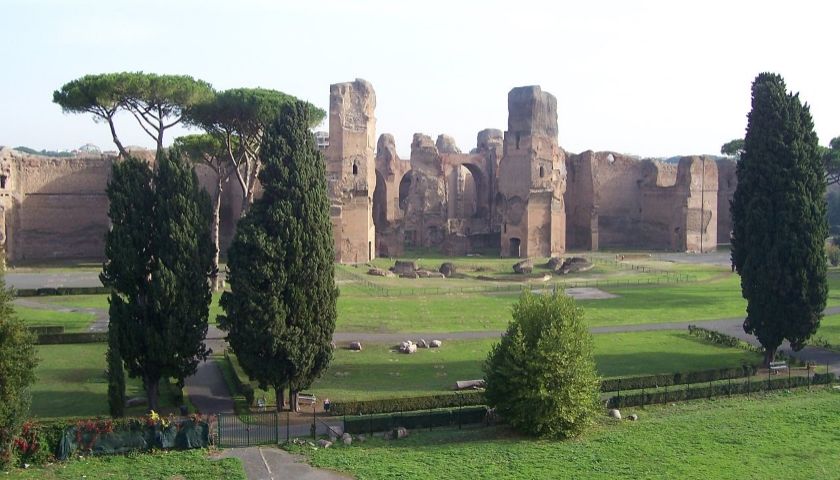 Easily one of Rome's most visited and most recognizable attractions is the Colosseum. Located in the heart of the city, this massive structure dates back to the first century. Built to seat 50,000 spectators to witness such classic Roman events as gladiator competitions, executions, dramas, and other forms of public entertainment is the amphitheater of its kind in antiquity. Not just because of its sheer size, but also because of its intricate planning that allowed the staging of magnificent spectacles, the Colosseum is a marvel of Roman engineering along with being an example of the extraordinary Roman architecture. 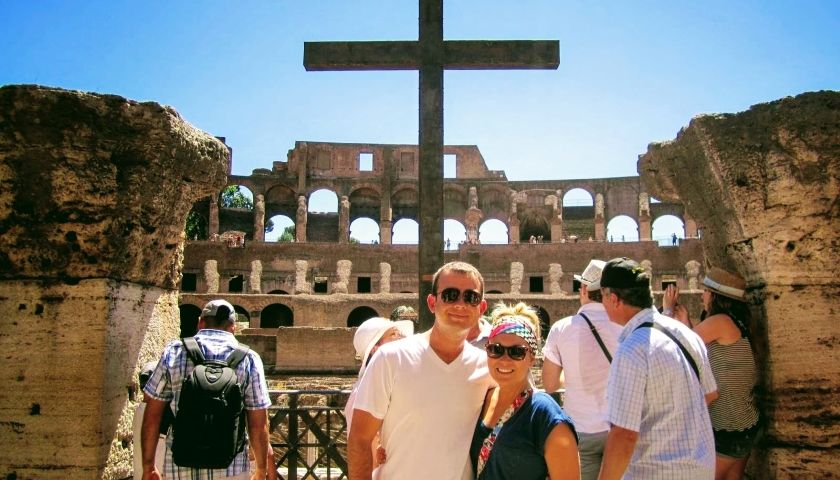 This church is best known for two of its most prized pieces found in the interior: the chains that were used to bind St. Peter during his imprisonment in Jerusalem, as well as the impressive Michelangelo statue of Moses from the 16th century. This minor basilica known as San Pietro in Vincoli was first built in the 5th century for housing the historic chains, which remain on display to visitors through a glass box. Tradition states that the chains were gifted to Pope Leo I from Emperor Valentinian III's wife, Empress Eudoxia and that while holding the chains, the Pope watched them fuse together, which became a legendary miracle.

Michelangelo's masterpiece statue of Moses that sits in San Pietro in Vincoli (St. Peter in Chains) is just a small part of the original plan of forty statues, but its brilliance is still visible to every visitor. So lifelike had the artist felt his own work to be that he was supposed to have struck the knee of the statue and said ‘Now speak!’ The mark is still there! 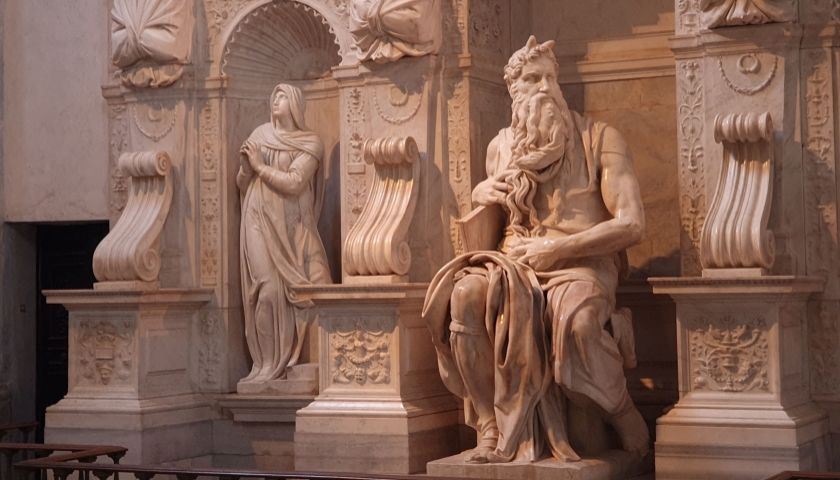 Then there is the Vatican and St. Peter’s Basilica, the largest church in the world. Michelangelo’s Pieta that sits in the church is the artist’s only work that was signed by him. Other than being the command center of Christianity and the official residence of the Pope, the Vatican is also home to one of the most visited museums in the world. Within the walls of the Vatican Museum is the Sistine Chapel. With some of the most famous religious frescoes of the Christian world, the Sistine Chapel, today, is the site of the papal conclave. Twelve thousand square feet of ceiling space with the ‘Creation of Adam’ as its centerpiece and the Last Judgment on the final wall were all painted by Michelangelo.

The Romance of Rome

It was more than half a century ago that Audrey Hepburn and Gregory Peck wandered through the streets of Rome on a scooter and sealed the city, in every moviegoers’ mind, as the most romantic place on earth. Rome did not, however, need the movie. The romance of Rome touches all visitors, those who come to celebrate their own personal romance and those who come hoping to find it soon. 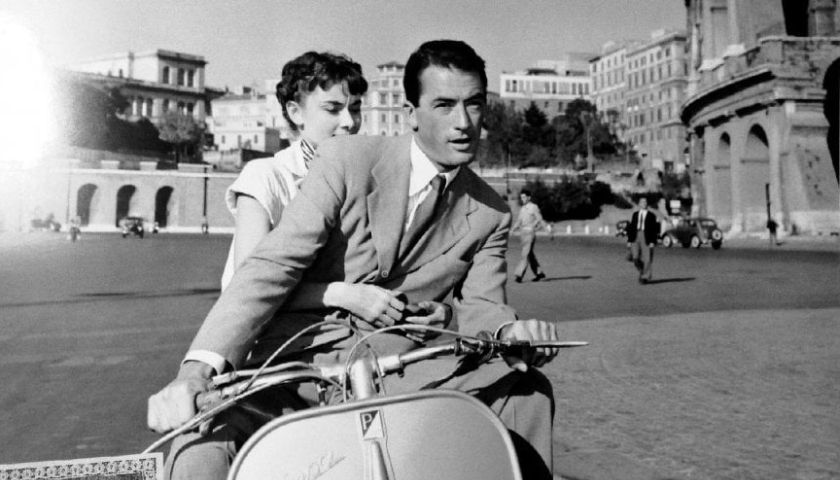 You cannot get a more romantic spot than the Giardino degli Aranci on the summit of the Aventine Hill. Here you can enjoy a sweeping panorama over the city, with stunning views of St Peter's Basilica. 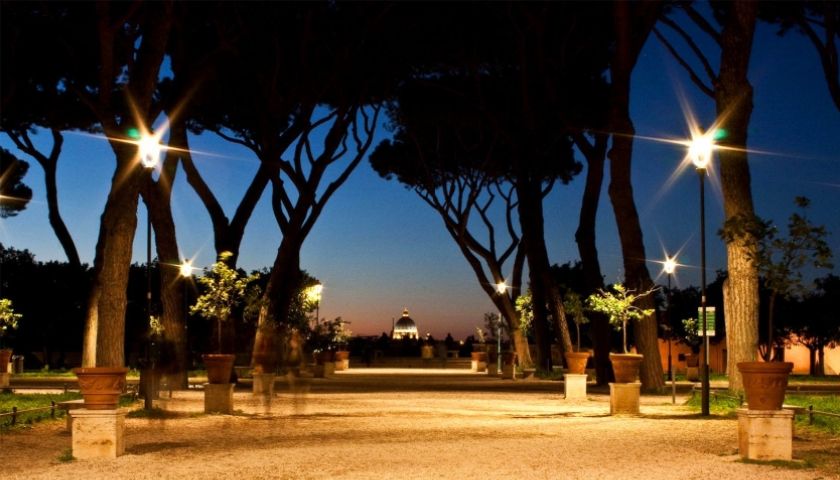 The picturesque Spanish Steps are one of Rome's most visited and favorite attractions. From the top of 138 steps scale you can catch a breathtaking view of the city. The elegant baroque buildings and the small trattorias around Piazza Navona have been the setting of many a romantic scene in films from the world over. 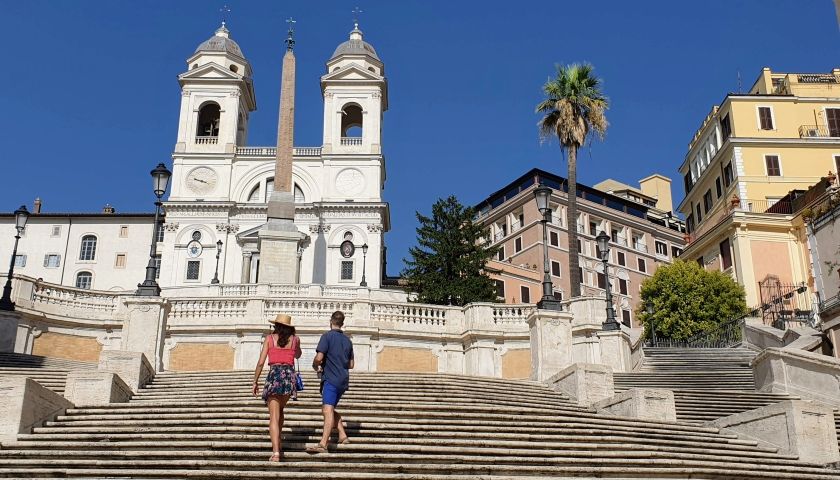 Fontana di Trevi is another famous landmark of Rome. It is the largest of all baroque fountains in Rome. It is believed that throwing one coin into the fountain over one’s shoulder ensures a return to the city, two ensures new love and three guarantees a marriage or a divorce. Such is the romance of Rome that, reports say, tourist throw in thousands of Euros daily into the fountain. 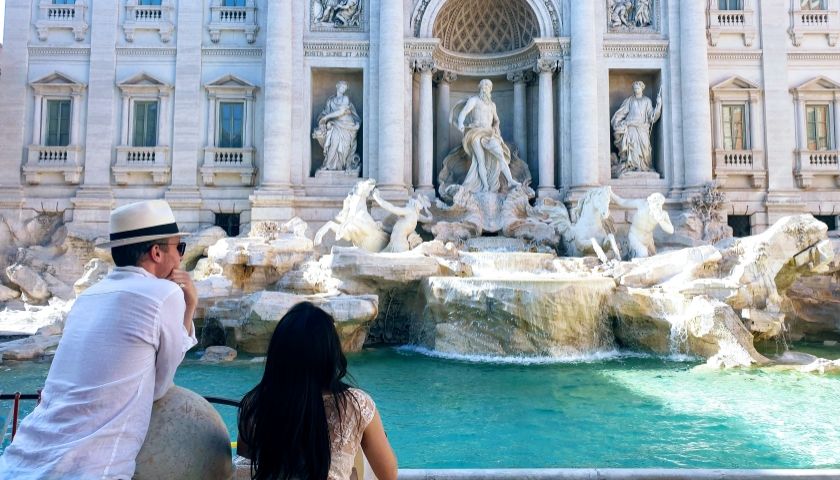 The Eternal City is like a time machine in which you can stroll down a half medieval, half-modern street allowing everyone to create a memory of their own. Contemplating postcard views, walking up the Spanish Steps, and throwing coins into the Trevi fountain together have all become rites of passage for paramours visiting Rome.

With so much to do and see, your honeymoon in Italy wouldn't be complete without at least a few days in this exciting and romantic city, sampling world-class cuisine, pondering the mysteries of the Colosseum, or leisurely sampling a local wine at a charming trattoria. Rome also features first-class hotels, a buzzing nightlife, and some of the world's greatest artistic achievements. You and your spouse will be able to sample all of this and more with this Nancy Aiello Tours’ honeymoon package specially created to highlight the best of Rome. This exclusive 4-day Rome honeymoon package offers excellent hotel accommodation, guided sightseeing and a wine tasting, as well as private arrival and departure transportation to/from the hotel.

The 4-Day Rome Honeymoon Package Includes
*
3 nights in a superior double room at 4-Star Hotel Otium
* Private arrival transfer (from Fiumicino Airport)
* Private sparkling wine tasting. You will discover some of the best-loved Italian Proseccos and learn how to pair them with various foods in one of the "best Italian eno-tables".
* Private guided tour with entrance tickets to Colosseum and Roman Forum
* Private guided tour with entrance tickets to Vatican Museums/Sistine Chapel and St. Peter’s Basilica
* Private departure transfer (to Fiumicino Airport or Termini Train Station)

Additional Info
* Land only package - air is not included.
* Travel insurance - is not included
* Last minute bookings (those made within three months of travel dates) may be subject to a hotel substitution.

Pricing & Booking
Pricing at a glance: €1,673.50 per person (2people)
Email us to book this Rome Honeymoon Package

Customize This Package
While the itinerary price reflects the suggested  program, Nancy Aiello Tours are 100% tailor-made, and one of our local travel specialists can help you select the option best suited to your tastes and budget. Just complete our Custom Trip Planning Form for a custom Rome Honeymoon Package quote!

3 of Rome's Most Romantic Hotels

Whether you want to plan a special trip for Valentine’s Day, a wedding, honeymoon, or anniversary, the Italian capital is a dream destination for couples looking for a romantic getaway. For romantic digs, here a list of 3 of the most romantic  4-star and 5-star hotels in Rome for an intimate, high-quality city stay.

Boasting a panoramic rooftop restaurant, the Fortyseven is a boutique hotel in the historic center of Rome, located just 520 meters from the Giardino degli Aranci. – click here for prices!

The Inn at the Spanish Steps is one of Rome's best-kept secrets. A small luxury hotel with a beautiful terrace overlooking the steps and a wonderful place for a romantic journey for two. – click here for prices!

The Bio Hotel Raphael - Relais & Châteaux  is a luxury boutique hotel located in the very heart of Rome, just one street from Piazza Navona. Its roof terrace features panoramic views of Rome, from St. Peter's to the Pantheon. – click here for prices!

Are You Planning a Romantic Trip to Rome, Italy?

The opportunities for romance in Rome are seemingly endless. Whether you are planning your honeymoon trip, an adventure to mark an important anniversary or simply a relaxing escape as a couple our local travel designers can create the romantic escape you both will remember forever. All you have to do is to describe your dream Italy honeymoon by filling out our quick Trip Inquiry form. We’ll then match you with one of our travel specialists who will plan your trip.

Nancy Aiello Tours is a boutique Italy-based tour operator with over a decade of experience planning bespoke tours in Italy. We have put our passion and dedication into offering custom trip planning, vacation packages,  guided tours, family experiences,  food & wine experiences, as well as luxury honeymoon vacations in the Bel Paese, making it “the experts in travel to Italy”.